Rochas launches a new perfume for women Mademoiselle Couture. It is the new flanker to Mademoiselle Rochas launched 2017, with an updated new lingering composition to be admired and bought. The original perfume perfectly portrays the Parisian youth generation that is both; chic and irresistible, while the new composition promises a more elegant and graceful aroma for audacious women.

Famous perfumer Anne Flipo created a new version and more intenser perfume with an explosion of flavors opening with fresh notes of bergamot, pink pepper, and pear along with floral ingredients. The heart of the perfume made of orange blossom, lily of the valley and heliotrope is seasoned nicely with woody notes of musk, Tonka bean, and sandalwood. Rochas Mademoiselle Couture perfume is a rich and powdery perfume sealed in the same bottle shape and design as its predecessors, while the soft pink color is now replaced by a more sustained shade in purple tones. 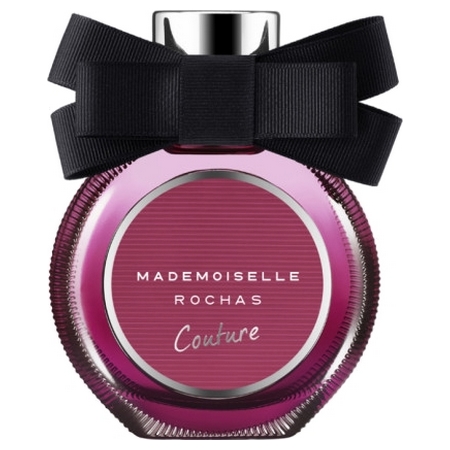